Fat For Your Teeth?

Periodontitis, better known as gum disease, is a condition that affects many people worldwide.

Due to inflammation present in the gums of your mouth, periodontitis, if left untreated or treatment is delayed, can lead to a loss of teeth.

Periodontitis is characterized by plaque and tarter accumulating at the base of your teeth.

This can lead to inflammation, which can cause the plaque to get trapped in your gums.

This then causes a breakdown of the ligaments and bones that support your teeth.

This inflammation can lead to sore gums, bleeding of your gums, swollen gums, inflammation, and eventually (if left untreated) loss of teeth.

However, research published in the Journal of the American Dietetic Association, could show a possible link between increased omega-3 fatty acid intake and risk for periodontal disease.

For the most part, western diets are full of omega-6 fatty acids, and are typically lower in omega-3 fatty acids.

This altered ratio has been shown by research to increase inflammation present in your body.

This could increase your risk for chronic diseases (inflammation has been shown to be the beginning of many different chronic diseases), such as diabetes, cancer, and heart disease.

Many cells in your body release pro-inflammatory molecules, which could increase inflammation in your cells.

Omega-3 fatty acids have been shown, by research, to release a lower number of pro-inflammatory molecules than omega-6 fatty acids.

Omega-3 fats may have the ability to lower inflammation levels in your body and reduce your risk for many different disease processes.

A team of researchers gathered information from a total of 9,182 subjects between the years 1996-2004.

The subjects were 20 or older.

Daily omega-3 consumption was assessed through a food questionnaire regarding food intake for the previous 24 hours.

They concluded that higher dietary intake of the omega-3 fatty acids DHA, and to a lesser extent EPA, is associated with lower rates of periodontitis.

Omega-3 fatty acids have been shown to reduce inflammation in many clinical studies.

Omega-3 fatty acids have also been shown to reduce symptoms associated with other chronic inflammatory conditions such as PMS, endometriosis, and heart disease.

Now, according to current research, higher omega-3 fatty acids intake could be associated with a lower risk for developing periodontitis (gum disease).

Omega-3 fatty acids could reduce inflammation in your body, which is a common characteristic of periodontitis.

Including more omega-3 fatty acids into your daily routine could result in better overall health; plus it may even improve the health of your teeth and gums.

NEXT: The Most Powerful Fatty Acids On The Planet? >> 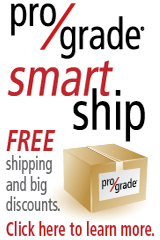